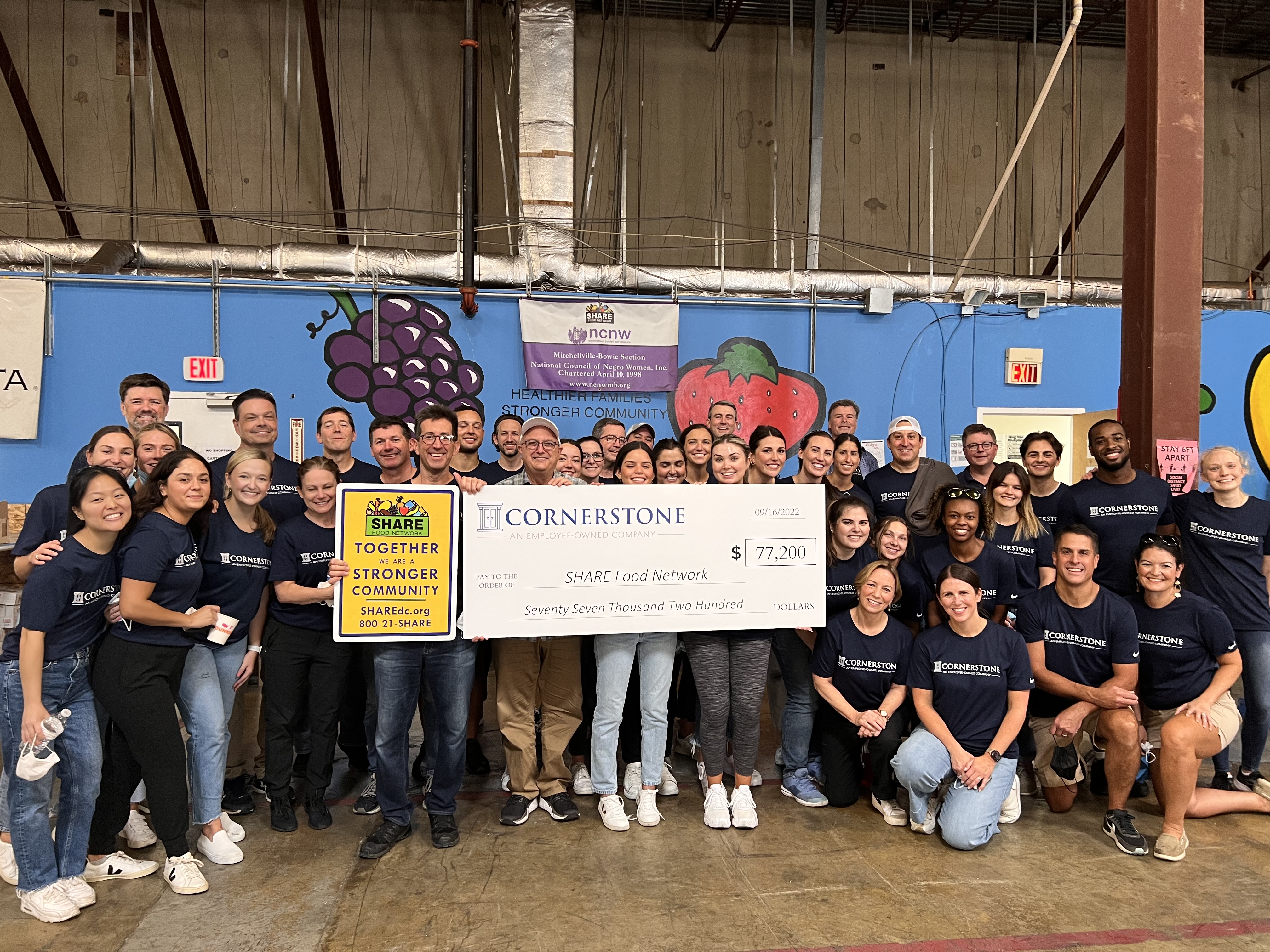 Cornerstone Government Affairs, a leading bipartisan government relations, public affairs and consulting firm, announced today it has donated $205,100 to 14 food banks across the country as part of its “Day of Giving” campaign commemorating the firm’s 20th anniversary. In addition to the monetary donation, Cornerstone employees in D.C. and 11 states spent Friday, September 16 volunteering at the community food banks that received a donation from the firm.

“With the residual effects of the pandemic and rising food prices straining family budgets, addressing food insecurity in America is an urgent need,” said Cornerstone President and Managing Director Geoff Gonella, one of the firm’s founders. “That’s why we focused our 20th anniversary Day of Service on supporting local food banks and giving back to the communities where we live and work.”

The U.S. Census Bureau reported last month that 25 million adults were experiencing food insecurity—meaning they sometimes simply hadn’t had enough to eat in the previous seven days. The food insecurity numbers are at their highest since just before Christmas 2020 when the pandemic continued to take a significant economic toll and the unemployment rate was nearly twice what it is today. Likewise, a survey by the Urban Institute found that food insecurity, after falling sharply in 2021, rose this June and July to roughly the same levels as March and April 2020. Around one in five adults reported experiencing food insecurity in the previous 30 days, including 17.3% of working adults, up from 16.3% in 2020.

In Washington, Cornerstone donated $77,200 to SHARE Food Network, a community-based organization dedicated to offering to its clients healthy, nutritious groceries at a roughly 50% discount. The organization estimates that one in seven people in the D.C. metropolitan area are experiencing food insecurity, with 23% of households deemed eligible for the Supplemental Nutrition Assistance Program. From 2021-2022, SHARE Food Network served more than 208,000 people, providing 92,636 food packages comprised of a total of 1,328,774 pounds of quality, nutritious food.

“The important work of SHARE Food Network in the community could not be accomplished without our tremendous donors and volunteers,” said Director Yonette Wilson Williams. “We thank Cornerstone and its employees for generously supporting SHARE Food Network with both their time and donations.”