It has been a big year for U.S. energy production. In September, the U.S. officially became a net exporter of crude oil and refined products for the first time on a monthly basis since such records commenced, almost 50 years ago.  As domestic crude oil, natural gas and refined product production continues to climb to new record levels, U.S. renewable energy production and consumption also continues to grow.  All of these factors bode well for the future of U.S. energy.

At the same time, a U.S. natural gas glut continues to hurt profitability and crude oil prices remain low. While volumes continue to grow, pipeline takeaway capacity and new markets are slow to come online. Thus, virtually all exploration budgets are going to be down in 2020, while most producers expect production to stay flat or even increase. Not surprisingly, a round of mergers, acquisitions and assets sales in the U.S. oil and gas sector is highly anticipated.

Producers are experiencing increasing pressure from investors, regulators, NGOs, communities and activists to lower costs, increase efficiencies, and improve environmental performance and other ESG factors. One major focal point is the Permian Basin, where global attention is being focused on natural gas venting and flaring, which reached a new all-time high in Q3 2019.

Raising the stakes even further, global gas purchasers, particularly in Europe, are increasingly expressing their desire to buy cleaner, more compliant natural gas. There is even a call for certified green gas. For example, Gazprom CEO Alexei Miller recently launched a volley in the competition for green natural gas stating that gas, claiming that gas to be delivered to Europe via the Nordstream II pipeline would be cleaner than what the U.S., Australia and Qatar could supply the continent.

Initiatives by some organizations to end their investment in the fossil energy sector presents an additional challenge to the industry, as it fights tough margins and an investment community that is increasingly cautious about financing energy projects. At the same time, it presents an opportunity for energy companies that differentiate themselves from their peers in terms of both financial and ESG performance, as underscored by a recent Wall Street Journal article that noted eight of the largest 10 sustainable funds are invested in oil and gas companies.

Sustainability and fossil energy are not mutually exclusive as demonstrated by the rise of natural gas its displacement of coal-fired generation and its roles in reducing greenhouse emissions and lifting billions of people out of energy poverty facilitation of renewable energy growth. With fossil energy demand expected to increase in the coming decades and the U.S. expected to fulfill a growing percentage of the world’s energy needs, the challenge going forward will be to produce and use it as sustainably, efficiently and profitably as possible. 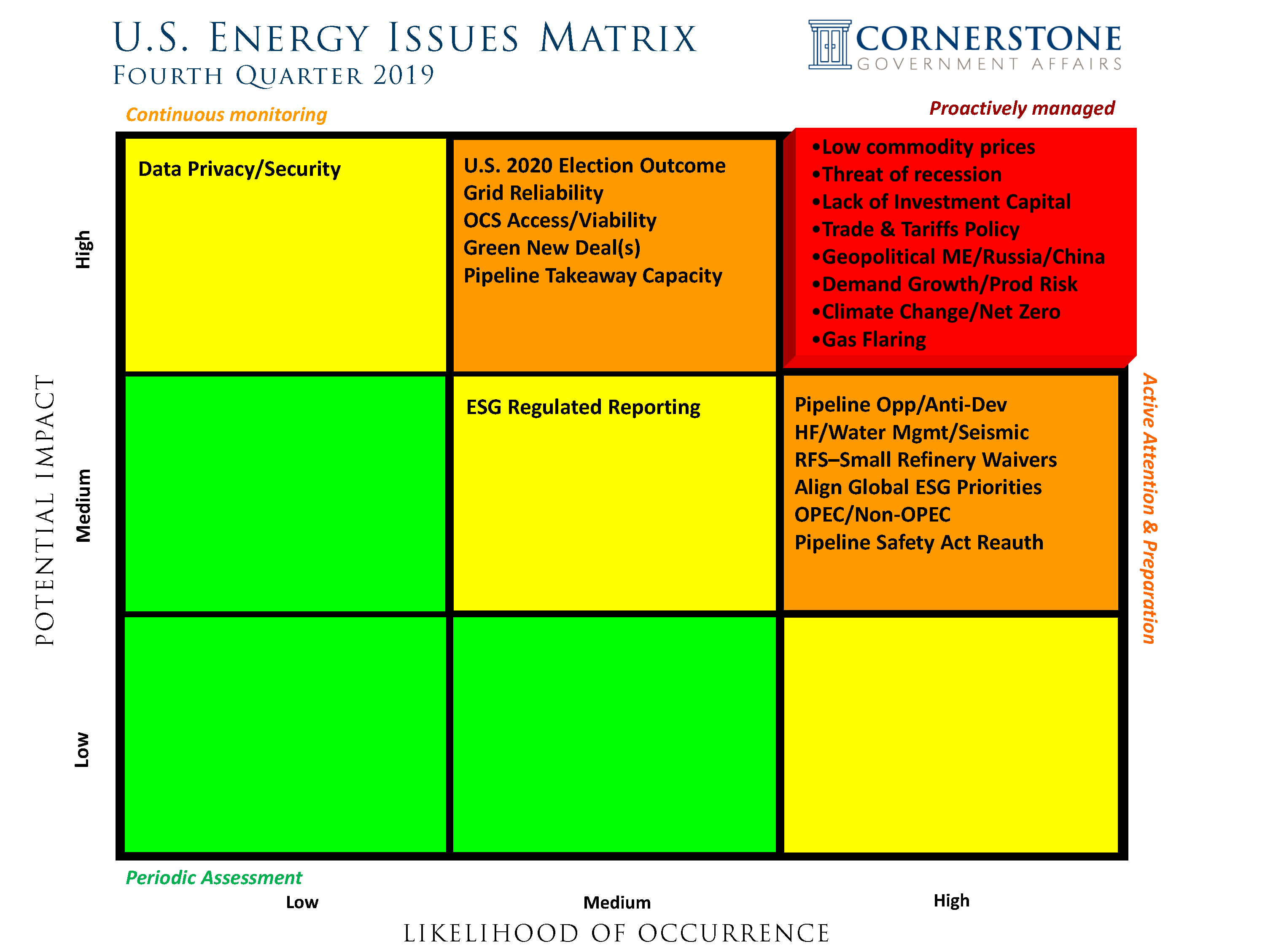